Basketball was introduced in Bahrain through schools’ matches at the early 1940’s when the first game between Kuwait and Bahrain teams was played at the Industrial School grounds in Manama. In 1974 the Bahrain Basketball Association (BBA) was established, thanks to zealous efforts by H. H. Shaikh Ali bin Khalifa Al Khalifa, the promoter and first BBA president, a position he held up until 2000, and oversaw the development of the game from its inception to full-fledged stage, until the attainment by Bahrain of a pioneering role in the game among Arab countries.

With the inception of the BBA the game activities expanded into a full sports occasion, thereby fruitfully exploiting the efforts of the players. In 1974 the Bahrain team participated in two championships, namely, the 7th Asian Games Championship in Tehran, and the first and second Arab Championships in Baghdad and Kuwait (1976), respectively, followed by a string of participation events.

In September 2016 H. H. Shaikh Isa bin Ali bin Khalifa Al Khalifa was elected President of BBA, following a unanimous vote. His Highness took the administrative and technical work of the BBA to a qualitative stage, using a new vision focusing on the single objective of developing and enhancing the game. 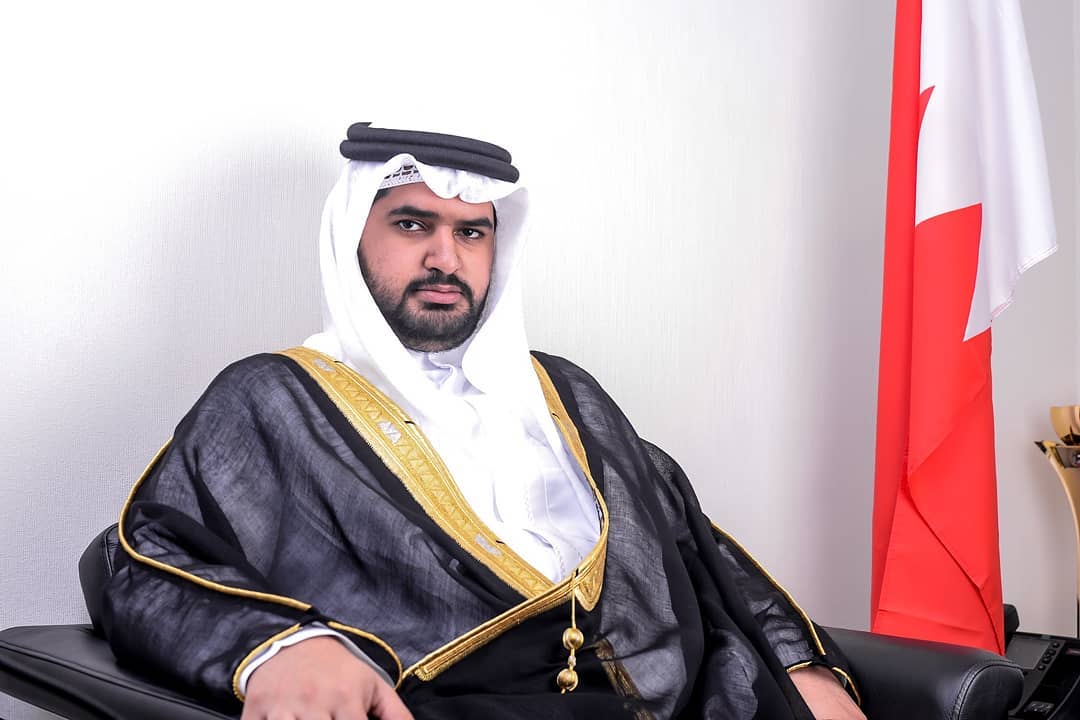 Born in 1995, His Highness Shaikh Isa completed his elementary education through to his graduation at Ibn Khaldoon School. He then completed his graduate education by obtaining a Bachelor’s degree in political sciences and international relations at Westminster University in London, UK. His Highness has been brought up at the school of his grandfather, His Royal Highness Prince Khalifa bin Salman Al Khalifa, the Prime Minister of the Kingdom of Bahrain, from whom he was nurtured with dedication to hard work and benevolence.

His affection and aptitude towards sports prompted His Highness towards sports administration, as a member of the Riffa Club Board of Directors, then Vice-President of the Board. Throughout his 7-year membership of the Riffa Club Board of Directors, *H. H.* Shaikh Isa played a great role in the Club’s championship achievements at various competition rounds, which took the form of material and moral support to the teams and players.

With increased sense of responsibility towards his homeland, H. H. Shaikh Isa showed more zeal for the development of Bahrain sports. Following his successful election in 2016 as President of Bahrain Basketball Association, His Highness managed, in such a short period of time, to develop the game through an increased attention to national clubs and athletes, through better support to the clubs and more focus on local competitions, to the benefit of local clubs. The Bahrain national team succeeded to the third position at the 22nd Arab Championship held in Cairo, Egypt, in 2016.

In the field of charity and philanthropy, His Highness emphasised the culture of charitable work and the encouragement of creative works and distinguished charitable initiatives in the Arab world. Among his various inputs His Highness launched H. H. Shaikh Isa Award for Charitable Work, 2011, which continued up to date, as one of the most prominent Arab awards.

His Highness has been honoured in Cairo by the Egyptian Society for Charitable Work at the Arab League, in recognition of his humanitarian initiatives, efforts in service of the society, the encouragement of the charitable and philanthropic spirit, and the spreading of the charitable culture, highlighting its role in overall development for the Gulf and Arab societies, and contributing to charitable work in the Kingdom of Bahrain.